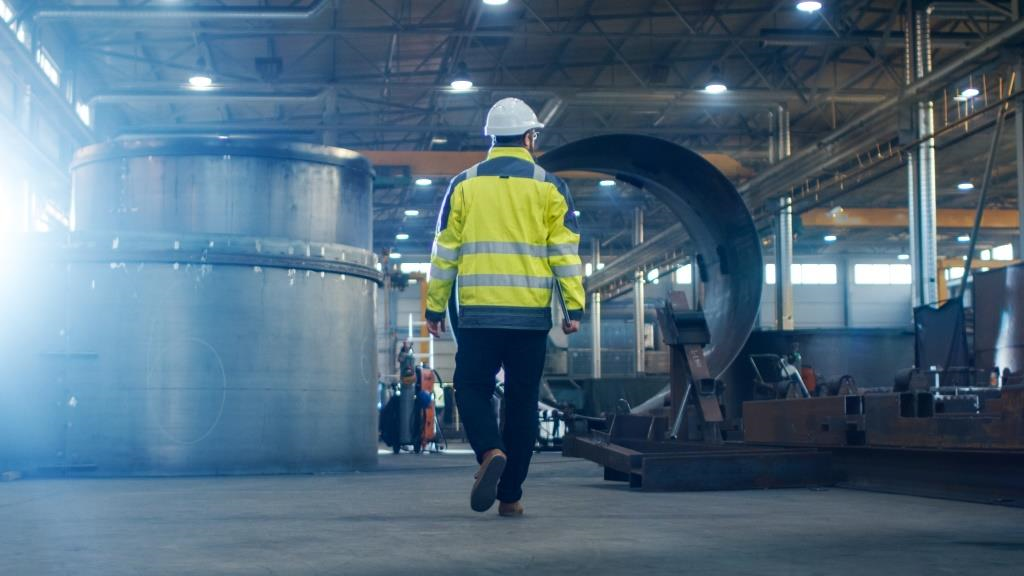 Over the past four years a special project delegated to Eurofound has looked in detail at ongoing changes in manufacturing on a global scale, analysed how the industry will change further in the future, and assessed what the impacts will be for Europe. Looking at everything from changes in tasks for meat packers in Sweden, to the potential fallout of a trade war between the US, the EU and China, the remit of the project was expansive, and findings were detailed and diverse. They serve to highlight the potential labour market changes that will be brought about from automation and technological change in manufacturing. Overall, if properly harnessed, developments in technology coupled with continued access to global markets can bring significant dividends for Europe. But these dividends are not guaranteed: if we are to be the benefactors of change we must manage the transition.

‘Manufacturing is dead’ they said.

But four years later, on the basis of 10 research reports, 47 case studies, 27 policy instruments, countless seminars and debate - there is clearly no funeral.

Indeed, quite the contrary - findings from this innovative project places manufacturing at the heart of Europe, and jobs to the fore.

For instance, the results show that taking the lead in the commercial adoption of emerging technologies will create more jobs and will give Europe a decisive competitive advantage over other global trading blocs such as the US and China.

More jobs will also be created if Europe actively engages in international production networks or global supply chains (rather than investing in further efforts at reshoring, which is proved to be unlikely to boost employment).

And implementing the Paris Climate Agreement in full, will, in fact, also ensure improved economic growth and increased employment opportunities for the EU.

What’s more, in general these jobs are also likely to be ‘better’, requiring new and higher skills and seeing a reduction in the arduous jobs of the past. It is only the projected increase in global tariffs which looks likely to cause EU job loss in this context, according to these findings.

So, it would seem, far from the doom merchants’ estimates of huge and significant job loss as a result of automation and new technologies, this is good news.

But what does it mean in practice?

Currently, the commercial application of the technologies studied is limited and mainly in highly productive firms. But as the findings argue that they can potentially have a game-changing impact, an early adoption of such technologies will give Europe a very clear competitive advantage. The realities of international competition make the adoption of productivity-enhancing technologies in manufacturing, and the engagement in international production networks, an absolute imperative.

And while there are still clear concerns about the impact of these new technologies on jobs and employment, they should be assuaged. Historical evidence shows that employment growth goes together with technological progress. The more the productivity gains go to consumers and workers, the more positive these effects are. Indeed, the daily tasks of workers in manufacturing are already changing; the importance of physical tasks in manufacturing is generally declining due to automation; with more intensive use of digitally controlled equipment, and the increasing importance of quality standards, resulting in a growing amount of intellectual tasks for manual industrial workers.

So far so good.

But ensuring that workers are adequately prepared for the labour market and economic changes that are already underway will be fundamental for the growth of the manufacturing industry, and Europe’s broader economic success. Future workers, primarily young people, also need to have the most appropriate and relevant training they need, including via vocational education and training and apprenticeships, in order to fully develop Industry 4.0 for economic, social and employment success.

Likewise, Europe must be agile and adaptable to the changing industry and economic changes it will face to ensure its competitive advantage. The Energy Scenario research of the project demonstrated that the successful transition towards a low-carbon economy, as defined by the Paris Climate Agreement, is projected to result in a 1.1% increase in growth in GDP, and a 0.5% increase in employment, in the EU. But this implies a high-level commitment to effective management of this process - as these positive figures are largely down to the investment activity required to achieve such a transition - together with the impact of lower spending on the import of fossil fuels. (In the same scenario the US would initially experience a 3.4% drop in GDP, and a 1.6% decline in employment.)

Value added in mining, manufacturing and utilities 1970 - 2017 (US Dollars at current prices in millions)

Similarly, Europe will continue to face the economic protectionism which has been on the rise since 2008, but has increased significantly under the current US administration. The Trade Scenario research under the FOME project showed that the world’s largest economies would suffer economically from a further significant hike in trade tariffs. In the case of the EU, the bloc would experience a 1% contraction in GDP, a 0.3% lower rate of employment, and a 1.1% decrease in imports by 2030, compared to a ‘no new tariffs’ baseline scenario. Despite some recent growth of trade in services, merchandise trade still dominates total global trade, with 70% of this in manufacturing. With consumer growth expected to be much faster in many parts of the world outside of Europe, the future of manufacturing, and so much of the material welfare enjoyed by people in Europe, is highly dependent upon globally competitive European manufacturing with access to these markets. The implications of a tariff war must therefore be carefully anticipated – as it is only by adapting to economic and industry change, rather than seeking to insulate ourselves from it, that will ultimately benefit manufacturing and bring more jobs.

The economic, skills, training and environmental challenges that the FOME project has detailed will require a concerted approach from industry experts, national and regional public authorities, social partners, academics and policymakers.

It is this political impetus and economic initiative that will ensure the future of manufacturing is alive and well….and living in Europe.

The Future of Manufacturing in Europe (FOME) project, which proposed by the European Parliament and then delegated to Eurofound by the European Commission, set out to look at the changes we are currently experiencing, and what we can expect in the near future. The research took place over four years, produced 10 project reports, 47 case studies, 27 policy instruments, and other associated publications. The findings extend well beyond the interests of stakeholders in the manufacturing sector and give indications as to Europe’s economic and labour market development for decades to come. On 11 April 2019, Eurofound is organising a one-day conference on The Future of Manufacturing in Europe, which will include contributions from industry experts, representatives of public authorities, EU policy-makers and academics.