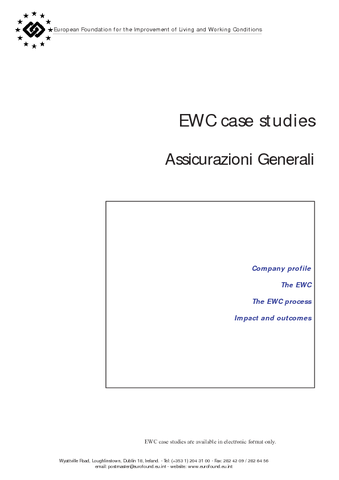 In September 1994, the Council of Ministers decided on a Directive on the establishment of a European Works Council (EWC) for the purposes of informing and consulting employees (94/45/EC). The emergence of EWCs is a major part of the development of an industrial relations system at European level. The first agreement, from which the EWC of Generali originated, was reached on 11 November 1997, the first and only works council in the Italian insurance sector. It was reached on the basis of Article 13 of Directive 94/45 of 22 September 1994.