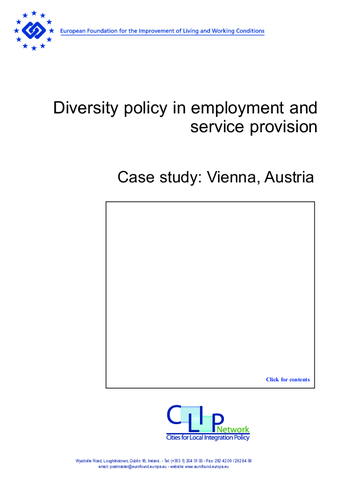 Vienna’s integration policy has traditionally been characterised by efforts to overcome conflicts, the development of municipal strategies for problem areas as well as by the promotion of social integration of foreigners. Innovative measures and ‘integration‘ are firmly established as both objectives and points of reference of urban policy. Diversity policy was instituted in Vienna in 2002. People with a migration background are no longer considered primarily as a target group for social-political measures, but rather, quite simply, as Viennese citizens and a normal part of the population. The initiator of Vienna’s diversity policy is the Municipal Department for Integration and Diversity whose ultimate objective is to strengthen intercultural competencies for improved diversity management.
Useful? Interesting? Tell us what you think. Hide comments