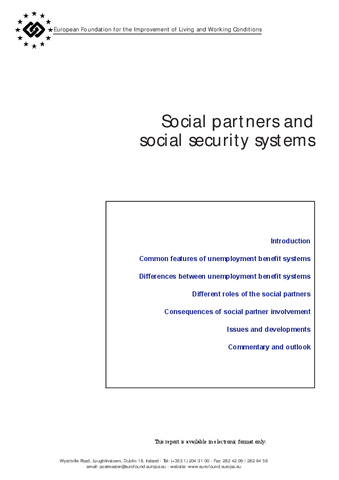 The unemployment benefit systems were established at quite different times in the various European countries. In the new Member States, these systems are a fairly recent phenomenon. In some countries, the role of employees and employers in the system has remained of major importance, while in others this function has partly or fully been taken over by the state. This comparative study examines the different forms of unemployment benefit systems, the degree of social partner involvement in various countries, and the consequences of these forms of involvement. The study covers 13 of the 15 ‘old’ EU Member States except Portugal and Luxembourg, as well as a sample of the new Member States – Cyprus, Hungary, Malta, Poland, Slovakia and Slovenia – and also includes Norway.
Useful? Interesting? Tell us what you think. Hide comments