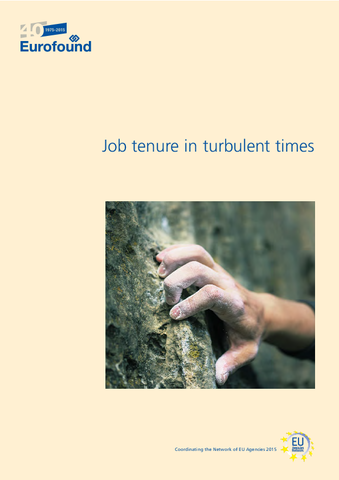 This report describes the findings of a study of change in job tenure between 2002 and 2012 in the EU. The study examined change in mean tenure as well as the distribution of short and long tenure in the EU and in individual Member States. It also looked at differences in tenure according to different sociodemographic and job characteristics (gender, age, skill level, permanent and temporary employment, occupation and economic sector), examining in particular how tenure evolved before and during the economic and financial crisis. The link between job tenure and earnings was also investigated. Although the descriptive evidence did not reveal a decline in mean tenure or a decline in the relative importance of long-term employment relationships, analyses controlling for certain sociodemographic and job characteristics provided some evidence of an underlying trend of declining average tenure in EU Member States.