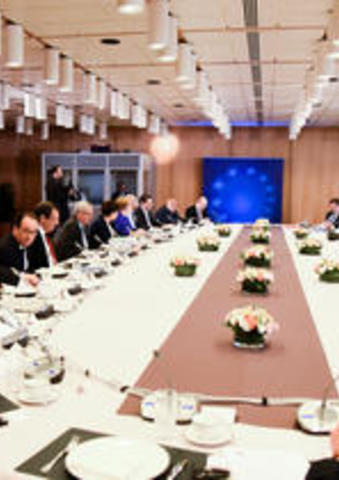 Following the British referendum on 23 June, in which 51.9% of people voted to leave the European Union, social partners across most European countries have commented on the impact that the British exit will have on their countries or members. This topical update summarisesRead more

Following the British referendum on 23 June, in which 51.9% of people voted to leave the European Union, social partners across most European countries have commented on the impact that the British exit will have on their countries or members. This topical update summarises their first reactions, in particular, in relation to working-life related issues.

In the run-up to the British referendum on membership of the European Union (EU), social partners across Europe – including, on the trade union side, the Irish Congress of Trade Unions (ICTU) , the Italian Confederation of Workers’ Trade Unions and the General Workers’ Union (UGT) in Spain and, on the employers’ side, the Spanish Confederation of Employer Organisations (CEOE) and the Confederation of Industry of the Czech Republic (SP ČR) – issued statements encouraging British people to vote Remain or expressing their hope for the UK to remain a member of the EU.

In the UK, social partners’ organisations had mostly been vocal in supporting the Remain side, with the Trades Union Congress (TUC) warning of a possible negative impact on workers’ rights in the case of a British exit (Brexit) from the EU, while the Confederation of British Industry (CBI) highlighted the positive impact of EU membership on the British economy. However, there were some exceptions among both unions and employer organisations, including the British Chambers of Commerce (BCC) and the National Union of Rail, Maritime and Transport Workers (RMT).

On 23 June 2016, a small majority (51.9%) of British people voted to leave the EU. Following the outcome, the CBI and TUC issued a joint statement, urging the government – and also companies, unions and other stakeholders – to take action towards securing jobs and investments and to reassure workers concerned about the potential negative implications of Brexit on their employment and social protections. The statement called on the government to allay the concerns of EU nationals living and working in the UK and of UK citizens living and working in the EU. It also urged the country to unite against racism and intolerance, in the wake of several episodes of racially motivated incidents.

Social partners in most Member States (exceptions include Croatia, Latvia, Lithuania and Slovakia) have reacted in some way to the outcome of the referendum. Those organisations that have commented have expressed regret at the decision. This was the case for trade unions and employer organisations alike. The issues related to working life most widely cited in the initial reactions from social partners were:

European institutions and EU level social partners have expressed deep concern about the consequences of Brexit and their reactions are presented here.

Union concern for the potential deterioration of working conditions

Some trade unions across Europe expressed solidarity with British trade unions and workers, highlighting the likely impact of Brexit on different aspects of working conditions in the UK. Some examples of this support are given below.

Implications for migrant workers and students

The implications of Brexit for migrant workers or students were mentioned by a number of social partner organisations.

Implications for business and trade

Several employer organisations focused on the implications of Brexit for business and trade, as described below.

Deliberations about the future direction of the EU

Erich Foglar, president of ÖGB, expressed some sympathy for criticism of the EU, but said that overall EU membership has brought about several improvements in social policy.

Several other trade unions called for the EU to focus more on social issues, as outlined below.

Some employer organisations and unions have focused on the importance of growth and employment-related reforms and of obeying the subsidiarity principle.

In the run-up to the referendum, some organisations produced studies or provided information for members, discussing the likely impacts of Brexit. The Irish business and employer association Ibec, for instance, published a report, The impact of a possible Brexit on Irish business, which outlined how Ireland would be affected if its nearest neighbour, key trading partner and close ally in Europe voted to leave the EU.

After the vote, the first statements showed that social partners and governments are concentrating on how to minimise the economic and social impact of Brexit, and are preparing themselves or are setting up forums to exchange ideas on the way forward.

The Czech Republic must defend its national interests. One of our important goals will be to maintain equal conditions in the British labour market for Czech citizens, or such as are enjoyed by Britons in the Czech Republic. The working group should also define the Czech priorities for the future shape of the EU, including proposals for reforms which the Union must undergo.

Social partners also commented on the perceived causes of the vote and the shortcomings of the European project. Deliberations about the future direction that the EU should take were, mainly from the trade union side, focused around calls for a more ‘social union’, with a stronger focus on social rights, more democracy, justice and solidarity. One union stated that EU labour market policies to improve working conditions might now have better prospects without British opposition.

Far fewer reactions from employer organisations were reported, but they can perhaps be best summarised with BUSINESSEUROPE’s statement that there should be ‘more Europe where needed and less where Europe does not add value’. Employers also highlighted that Europe should focus on growth and employment.

None of the first reactions from social partners gave any evidence to suggest that they would be likely to fuel exit debates in their own countries. On the contrary, it appears that social partner organisations across Europe are very committed to the European project and want to make it work.