Job cuts in Europe: Recent changes in the legal frameworks 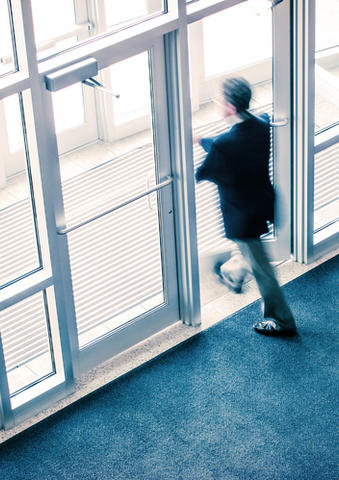 Changing the rules on the termination of employment, as recently observed in many European countries, aims to ease the transition from one job to another, simplify dismissal procedures, transpose the recent ECJ decisions in the field of collective dismissal and to take action against ageing oRead more

Changing the rules on the termination of employment, as recently observed in many European countries, aims to ease the transition from one job to another, simplify dismissal procedures, transpose the recent ECJ decisions in the field of collective dismissal and to take action against ageing of the working population. This update is a synthesis of developments that occurred during 2015.

During 2015, the European Court of Justice (ECJ) was confronted with a number of issues regarding collective approximation of the laws of the Member States relating to collective redundancies. The question of the scope of the redundancies, including those related to defining the scope of the Council Directive 98/59/EC on the provisions of the directive – as well as the means of calculation of the percentage of dismissed employees in order for the provisions for collective redundancy to become applicable – was raised in ECJ Case C-392/13 (Cañas vs. Nexea Gestión Documental SA). The Court held that national legislation may not use ‘the undertaking’ instead of ‘the establishment’ as the sole reference unit, where the effect of the application of that criterion is to preclude the information and consultation procedure, when the dismissals in question would have been considered ‘collective redundancies’, under the definition in Article 1(1)(a) of that directive, had the establishment been used as the reference unit.

Moreover, in ECJ Case C-182/13 (Lyttle, Lyttle, Halliday and McGerty vs. Bluebird UK Bidco 2 Limited), the Court ruled that the term ‘establishment’ in Article 1(1)(a)(ii) of Council Directive 98/59/EC must be interpreted as not precluding national legislation that lays down an obligation to inform and consult workers in the event of the dismissal, within a period of 90 days, of at least 20 workers from a particular establishment of an undertaking, and not where the aggregate number of dismissals across all of the establishments or across some of the establishments of an undertaking over the same period reaches or exceeds the threshold of 20 workers.

It is important to note that in many national systems of law, the calculation of the numerical threshold is done by reference to all the employees working for the same employer. This can lead to certain reservations regarding the transposition of the directive in line with the interpretation afforded in the aforementioned article of Council Directive 98/59/EC. According to the ERM database on structuring related legislation, even the threshold itself may vary from one national system to another, and in some cases (Sweden and Finland) there are no numerical lower bounds. In Sweden, for example, collective dismissals are all dismissals that are due to business reasons; the definition of the business reasons is the prerogative of the employer.

The ECJ also demonstrated its broad vision on the scope of the provisions on collective redundancies in ECJ Case C-229/14 (Balkaya vs. Kiesel Abbruch- und Recycling Technik GmbH). Here the Court ruled that Article 1(1)(a) of Directive 98/59/EC must be interpreted as meaning that it precludes a national law or practice that does not take into account, in the calculation provided for by that provision of the number of workers employed, a member of the board of directors of a capital company. It was the case of a director who performed his duties under the direction and subject to the supervision of another body of that company, received remuneration in return for the performance of his duties and did not himself own any shares in the company.

Furthermore, it is necessary to also regard as a ‘worker’  a person who, while not receiving remuneration from the employer, performs real work within the undertaking in the context of a traineeship — with financial support from, and the recognition of, the public authority responsible for the promotion of employment — in order to acquire or improve skills or complete vocational training.

During 2015, 88 cases of large-scale restructuring events with over 1000 job losses were reported in the ERM database on restructuring events, with the majority related to the manufacturing sector. However, there has been an increased level of job cuts observed in the financial sector since 2013: examples include UniCredit, Italy’s largest bank by assets, which announced it was to cut 18,200 jobs by 2018; BNP Paribas Fortis to cut 2,430 jobs in Belgium; HypoVereinsbank (HVB) announced plans to cut 1,200 jobs in Germany along with Deutsche Bank who are planning to cut as many as 35,000 jobs and close over 200 of its 720 branches in Germany by the end of 2017; Credit Suisse announced its plan to cut 30% of its London workforce, while HSBC plan to cut up to 8,000 jobs in the United Kingdom by the end of 2017.

Individual dismissals are carried out in many Member States according to new rules, including:

Portugal: A system for the Wage Guarantee Fund (Decree-Law 59/2015) was approved in 2015: the Fund ensures the financial protection of employees in case of the employer’s insolvency. According to the regulation, the Fund pays any credits due (such as wages, holiday payments, bonuses and severance pay) in the six months following the filed insolvency or the requisition of a recovery process.

France: Law 2015-990 of August 2015 for the growth, activity and equality of economic opportunity, also includes certain changes on collective dismissal within the Labour code. ‘Loi Macron’ as it is known, now requires the employer to implement selection criteria and a scoring system to determine who is to be retained and who is to be made redundant. The order of dismissals and the scope of selection criteria may be now unilaterally established by the employer. In addition, the employer also has an obligation to find alternative posts within the organisation in order to reduce staff numbers, but this is restricted to job opportunities in French territory only.

Italy: Legislative Decree No. 23/2015 has brought substantial changes on individual and collective dismissals, as well as protection measures for an employee dismissed unlawfully. Among other things, such an employee now has the right to compensation in accordance with their level of seniority, which includes executives.

The procedures for termination of employment are closely linked in many legal systems to strategies to ease transition to a new job. In 2015, the respective regulation in the Netherlands underwent its most radical change since 1953 (Verhulp and Bennaars, 2015). Based on an agreement between the social partners, the whole system of rules that regulated redundancies was upgraded to become ‘easier, faster, cheaper and fairer’. The system involves granting a transition allowance paid by the employer. Training costs, which are covered by the employer or other costs incurred in an effort to avoid unemployment, can be deducted from this transition allowance. In parallel, the period during which unemployment benefits are granted is reduced, after which the unemployed person is obliged to take up such work, should they be deemed suitable.

Czech Republic: The most important change is a simplified termination of an agreement to complete a job. The act, Act No. 205/2015 amending the Labour Code, has been in effect since 1 October 2015.

Other countries' rules adopted in 2014 have also proven their effectiveness during 2015:

Ireland: New regulations make it possible to be disqualified from unemployment benefit if the benefit recipient does not engage with job activation measures.

France: The unemployment insurance agreement of 14 May 2014 sets out a number of measures that encourage job seekers to return to work, even on a short-term contract.

Bulgaria: With amendments and supplements to the Labour Code, new grounds for dismissal were introduced, namely the eligibility to reduced pension where, in the past, the employer could only dismiss an employee who has reached retirement age.

Romania: The rules applicable to retirement were also changed in Law No. 12/2015 (Official Gazette No. 52/2015), where employment no longer ends when the National House of Public Pensions communicates the retirement decision to the worker, but when the worker fulfils the conditions for retirement.

The general trend is to ease the transition from one job to another and to improve the means of protection for the employee. On the collective side, such protection, especially in terms of the right to information and consultation, is extended by the decisions of the ECJ, which was particularly active in this respect in 2015. This, presumably, will have an impact on national legislation in the field during 2016.

Developments in different Member States concerning the termination of employment are generally aimed at simplifying dismissal procedures. During 2015, new forms of protection of workers were initiated, aiming to reduce the period of transition from one job to another, and to include new legal remedies in the event of unfair dismissal, especially in a labour market where dismissals for economic reasons have multiplied. It is also worth noting the changes of rules on retirement in some Member States to cope with an ageing population and the vulnerability of their pension budget.

This EurWORK topical update is part of a series of articles which is based mainly on contributions from Eurofound’s network of European correspondents in 2015. It also draws on material from the ERM.

Further resources on collective employment relations can be obtained from EurWORK.