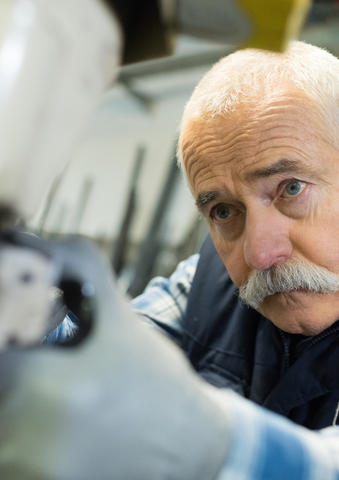 In the context of moves to raise the legal retirement age in many EU Member States, this article explores the views of workers about the issue of extending working life. It highlights differences in the share of workers regarding the age they would like to work to and the abilityRead more

In the context of moves to raise the legal retirement age in many EU Member States, this article explores the views of workers about the issue of extending working life. It highlights differences in the share of workers regarding the age they would like to work to and the ability to work until 60 in terms of employment status, sex and country. It also presents the views of social partners on the subject, with trade unions in most Member States opposing the extension of working life through raising the pension age and employer organisations being generally in favour of this.

The economic and financial crisis of 2007–2008, and the ensuing debt crisis, prompted further waves of reforms of national pensions systems across the EU and Norway – on top of those that had taken place since the beginning of the 2000s. Addressing the key question of how to finance pensions, these reforms mostly underline the need for a longer working life. These reforms include:

In the current context of slow recovery, continuing high youth unemployment in many countries, high levels of emigration of qualified young people and an ageing population across Europe, it is pertinent to consider what effects might the extension of working life have on individuals and societies – apart from guaranteeing the financial sustainability of public pension systems and funds (EU-OSHA et al, 2017). It is clear that in this area the issues of workers’ health and their willingness to continue working are crucial. Potential questions to ask include the following: What kind of repercussions will the lengthening of working life entail in terms of workers’ health and well-being? Are people willing and – more importantly – are they able to work during the number of years set by the legal retirement age? And if so, under what conditions?

According to data from the European Working Conditions Survey (EWCS) 2015, some people do not seem to have in mind a fixed end to their working life. When asked about the age they wanted to work to, about 20% of all workers (the same proportion of men and women) in the EU28 answered that they would like to work until ‘as late as possible’. This response was spontaneous, and so it is not possible to infer the main reasons for it (the interviewer did not evoke possible reasons during the face to face survey). Some respondents might have given that answer on the basis of their working conditions and how much they were attached to their job, while others might have been considering their financial situation and anticipating a certain pension sum on retirement.

The results show some variations according to employment status and country. The share of those who replied spontaneously that they wanted to work as long as possible was higher among the self-employed (28%) than employees (17%). There was also considerable variation in the share of workers of both sexes reporting they wanted to work until ‘as late as possible’ across the EU, ranging from less than 3% of women in Malta to more than 40% of men in Estonia and Latvia (Figure 1).

Figure 1: Share of workers wanting to work until ‘as late as possible’, 2015 Note: The question was ‘Until what age do you want to work?’ The figures presented in the chart correspond to the spontaneous answer ‘as late as possible’.
Source: EWCS 2015

Above is an excerpt. The full article Extending working life (PDF) has information on: