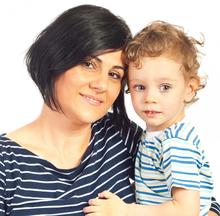 On Thursday 20 March, the second International Day of Happiness was celebrated worldwide. Established by the United Nations General Assembly in 2012, the day reflects the increasing recognition that policymakers around the world are paying to the subjective dimension of human development. In its resolution, the UN spoke of ‘the need for a more inclusive … approach … that promotes … happiness and the well-being of all peoples’. But not just the UN: the European Commission, in its Communication 'Beyond GDP', stressed that ‘citizens care for their quality of life and well-being’ with such objective elements as income, health and public services being means to that end. And in the OECD Guidelines on measuring subjective well-being" the organisation cautioned that while ‘ultimately, it is well-being that is the focus of policy …. there is a shortage of comparable international data on subjective well-being.’

That shortage is being addressed, however. Eurostat has just released a new online publication 'Quality of life indicators' – appropriately enough, on International Day of Happiness 2014. The indicators comprise the so-called ‘8+1’ list: eight indicators that combine objective factors and subjective perceptions (such as material living conditions, health and environment), complemented by one solely subjective dimension that measures the overall experience of life.

For this dimension, Eurostat has chosen Eurofound data on life satisfaction from the Agency’s third European Quality of Life Survey in 2011–2012. Life satisfaction measures how people evaluate their life overall, taking all life circumstances into account; it can be viewed as a person’s measure of their success in life. Over the three waves of the survey from 2003 to 2012, people were asked to rate how satisfied they were with their lives on a scale of 1–10.

With almost 44,000 people interviewed in 34 countries in 2011–2012, Eurofound has been able to map relationships between life satisfaction and a wide range of key variables. People stuck in long-term unemployment are much less satisfied with their lives than those with jobs. Having a strong sense of purpose in life is correlated being more satisfied with one’s life. Those who have a high income are more satisfied.

Age is also a factor: younger people are more satisfied with their lives. In most countries, life satisfaction falls consistently until the age of 65, after which it increases again, sometimes resulting in senior citizens being as, or even more, satisfied with their lives than the youngest generation. However, in some countries life satisfaction decreases continuously with age; locating which policies may best address this is a necessary step in ensuring the greatest well-being for all.