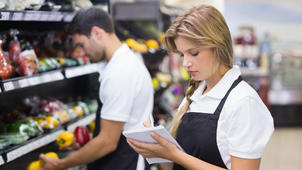 In the majority of Member States, the minimum wages rates were increased in January 2019. The first findings on the minimum wage-setting process during 2018 show that a rise in political influence in some countries and issues regarding the transparent and predictable way of setting minimum wages in others played an important role this year. Positive economic developments in most Member States strengthened the demand for larger increases in the minimum wage. The number of EU countries with a generally binding statutory minimum wage in 2019 remains unchanged, at 22 out of the 28 Member States.

In advance of the publication of Eurofound’s annual minimum wage report for 2019, this article provides first data and insights on nominal statutory minimum wages in the European Union in 2019, complemented by background information on the processes of how the new rates were set.

Now available - This report present figures on real minimum wage rates and offers, for the first time, some insights into the net remuneration of those receiving the minimum wage. The report also contains information on minimum rates from selected collective agreements in countries without statutory minimum wages and minimum wage coverage rates of workers by gender. It shows that minimum wages are on the rise across the EU, but that women are overrepresented among minimum and low-wage earners.
Minimum wages in 2019 – Annual review

The nominal rates of statutory minimum wages were increased in the majority of EU countries in January 2019, compared to the same reference month in 2018, the range extending from €286 in Bulgaria (BGN 560) to €2,071 in Luxembourg per month for a full-time working employee.

Latvia was the only Member State without any change in its nominal rate of €430, as this was based on an agreement over three years, made in 2017. Most other countries with the lowest monthly rates of minimum wages (around €500 or less in 2018) also saw substantial increases in percentage terms of around +8-9% (Croatia, Czech Republic, Estonia, Romania and Slovakia), while the increases were – in euro terms mainly due to currency devaluations – lower at around +4% in Hungary and Poland.

Countries with a medium level of minimum wages – Portugal, Malta, Spain, Greece, Slovenia – have now all increased theirs to at least €700 per month up to €1,050 (paid 12 times). Percentage increases were lowest in Malta (+1.9%), followed by Portugal (3.5%) and Slovenia (+5.2%), next to the already mentioned exceptionally high changes in Spain and Greece.

Countries with the highest levels of minimum wages tend to have more modest increases in percentage terms, ranging from around 2% (+1.5-2.6%) in France, Belgium, Netherlands and Ireland and a similar magnitude in Germany (+4% over the past two years[2]) up to +3.6% in Luxembourg.

The majority of countries set out minimum wages at a monthly rate for full-time workers. Eurofound conversions to hourly rates, based on the average number of usual weekly hours of work, show how minimum wages could affect employees who only work on an hourly basis or part-time. In Luxembourg, Ireland, the Netherlands, Belgium and Germany, workers on the minimum wage receive more than €9 per hour as of January 2019, while in many Member States that recently joined the European Union, hourly minimum wages are below €3; in Bulgaria, despite the high percentage increase, the hourly rate is just €1.62.

The minimum wage-setting process for 2019 was characterised by an increase in political influence and discussions on the transparency and predictability of minimum wages, as laid out in the European Pillar of Social Rights. Positive economic developments in some Member States fuelled the demand for higher increases than usual.

An increase in political influence was apparent in several Member States, including Spain and Slovenia, where pre-election promises and popular support led to significant increases. While in Spain since 2010 the increases ranged between 1% and 8%, the new socialist government recently introduced a new minimum wage of €1,050, leading to an increase of 22%. The lack of negotiations with the social partners has sparked criticism, mostly among employer organisations. In France, the government announced an increase in minimum wages and the employment bonus in response to the gilet-jaune [yellow vest] protesters, a grassroots political movement demanding economic justice. Minimum wages in France are usually set by a formula-based indexation mechanism, involving consultations with a tripartite committee and an independent expert committee. This year, the government increased the minimum wage in line with the legal formula, but also increased the employment bonus – an additional payment to low-income employees that is financed by the state budget, hence avoiding a negative impact on labour costs.

Political influence on the wage-setting process does not always lead to higher increases: in Portugal, for example, the government proposed an increase of the minimum wage (based on 14 monthly payments per year) to over €600 and invited the social partners to settle on a higher level; as the social partners could not agree, in the end the Council of Ministers approved the initial government proposal.

According to Article 6 of the European Pillar of Social Rights, ‘All wages shall be set in a transparent and predictable way according to national practices and respecting the autonomy of the social partners.’ The intention of this article is to provide fair working conditions across all EU Member States by ensuring adequate minimum wages for employees, and hence avoiding in-work poverty. Formula-based approaches usually help to make the development of minimum wages more predictable, but national actors often disagree over specific calculation methods and underlying methodologies. This is not only confined to the set-up phases of such approaches, but also linked to the nuts and bolts of implementation; and methods already in place are often called into question, in particular when economic (or political) contexts change rapidly.

Against this background, some countries saw changes in the formula–based approaches used to determine the minimum wage. There is an ongoing debate regarding what factors to include in minimum wage calculations. In Lithuania, the proposed move to a new approach which would peg minimum wage increases to the development of average wages has led to a dispute among the social partners, who could not agree on the methodology for calculating ‘average wages’ and whether or not bonus payments should be included in these. Similar discussions occurred in Slovenia as to whether or not to include the seniority bonus and performance-based allowances in the definition of the minimum wage. At the moment, both allowances are included in the minimum wage in Slovenia and are not paid additionally to employees. After January 2020, the allowances will be excluded from the minimum wage and paid separately.

Greece has been engaged in implementing a new consultative approach of minimum wage formation. Up to 2012, minimum wages were determined in a system of free collective bargaining by the social partners and were frozen as part of the Memorandum of Understanding with the lenders until 2018. The current approach posits a much stronger role for the Greek government, leaving the final decision of the minimum wage level with the Ministers of Labour and Finance. The first outcome of this new approach resulted in an increase of 11% – much higher than expected and exceeding the recommendation of the lenders significantly (by 5%). At the same time, the youth minimum rates, introduced in response to the high youth unemployment during the crisis, were abolished.

Romania is introducing for the first time differentiated rates, based on seniority and level of education. The new rates came into effect in January 2019. Employees with university degrees and at least one year of length of service in a position related to their degree will be entitled to a minimum wage of €504, which is 13% higher than the generally applicable minimum wage of €446.

In some countries, the regulations stipulate that non-agreement between social partners on minimum wage rates leads to unilateral government decisions on the minimum wage. This has been typically the case in several central and eastern European countries over the past few years, where social partners also failed in 2018 to agree on a level following consultations and negotiations in the relevant tripartite for a – and hence the decision was made by the government unilaterally. This includes in particular Bulgaria – also in the context of disagreement about predictable and transparent setting – Croatia, the Czech Republic, Poland, Portugal and Slovakia.

In contrast, some countries had relatively smooth negotiations on minimum wage increases. This was the case in Belgium, where social partners and national councils agreed a 2% increase of the minimum wage to €1,593; agreements were also reached in Latvia, where agreement had already been reached in 2017 for the period until 2019, and in Hungary[3] (8% increase in national currency, 4% increase when converted to euro).

Many countries choose to set statutory minimum wages ‘technocratically’, based on predetermined formulas, linking increases to the development of other economic indicators or expert committees. In Malta, a tripartite committee oversees the calculation of the Retail Price index which helps the government to calculate the cost of living increases which are added to the minimum wage. Similarly, the Netherlands and Luxembourg have rules in place that relate minimum wage increases to changes in other wages. A fixed formula is used to determine the minimum wage change, based on collective employment wages, and no further negotiations are held.

Other countries have mixed approaches involving expert commissions, such as Germany where a minimum wage commission (composed of employer representatives, worker representatives, and economic experts) proposed a rise in two phases over the next two years, while previously a rise was only envisaged to take place every two years. The two-step process is a compromise because the trade unions had called for a 'considerable' pay rise in the light of positive economic developments in the German economy. The German Federal Ministry of Labour and Social Affairs agreed to the rise. Also in Ireland the Low Pay Commission – for the first time unanimously – issued recommendations, which were followed by the government. In the United Kingdom, the Low Pay Commission (LPC) proposed rates based on an extensive consultation of social partners and followed the previously determined path of increases towards a 60% of median earnings by 2020. The government, in turn, followed the LPC’s recommendations.

These first findings show that 2018–2019 can be deemed an interesting year for those following minimum wage developments and how they are set closely. Stronger political influence, including from citizen movements, higher nominal increases in the context of a good economic climate and labour shortage, the return to setting rates according to a – new – national practice in Greece, and many debates around how minimum wages can be set in a more predictable and transparent way in Europe – are the just the tip of the iceberg.

Further findings on the development of Minimum wages will be published in May 2019 in Eurofound’s upcoming annual report on minimum wages. The report will present figures on real minimum wage rates and give, for the first time, some insights into the net remuneration of minimum wage receivers. This year’s report will also contain information on minimum rates from selected collective agreements in countries without statutory minimum wages and minimum wage coverage rates of workers by gender.

Data presented in this article are reported by the Network of Eurofound Correspondents and converted to monthly and hourly wages in euro by Eurofound. Whenever possible, conversions are based on Eurostat methodology (see Minimum wages (earn_minw))