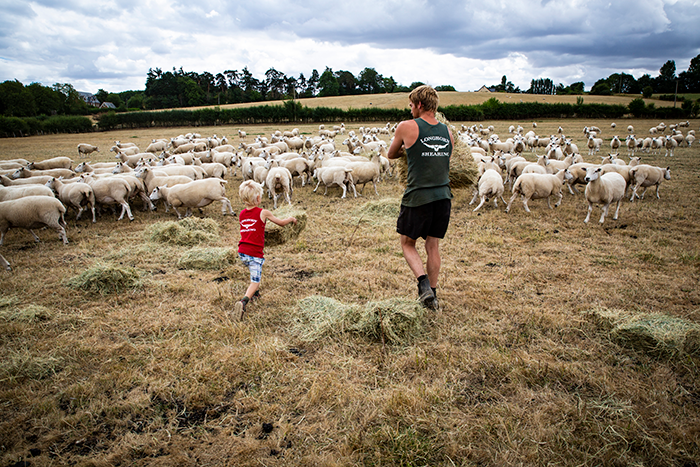 Depopulation of rural areas and the concentration of employment and education opportunities in urban centres is a fact of modern life. What impact does this have on the quality of life of rural residents? Do they feel increasingly isolated, and what are the emerging trends? New research by Eurofound highlights differences in quality of life across the rural–urban divide and finds that while rural dwellers are more likely to have a sense of belonging in their community than urban residents, they are also more disconnected from the wider world.

Staying connected is more of a challenge for people in rural areas – their homes are often remote from services, and it generally takes extra effort to maintain social relationships. And cultural amenities are not usually close at hand. Despite physical isolation, however, rural residents seem to be more connected to their communities. When Eurofound asked Europeans to respond to the statement ‘I feel close to other people in the area where I live’, more people in rural areas agreed with it than urban dwellers. Differences were particularly apparent among those who strongly agreed: this group accounted for 27% of people in the open countryside and 23% in villages and small towns, compared with 20% in medium-sized and large towns, and only 15% of city dwellers.

Poverty contributes to people’s sense of social exclusion, and many older people over the age of 65 living in the open countryside have difficulty making ends meet. How isolated do they feel, and does it vary by country? Eurofound’s investigation of these questions found that in the group of countries with the highest proportions of rural people reporting difficulty making ends meet – Greece, Bulgaria, Romania and Croatia – older people do indeed feel more isolated than their peers in other country groups. On average, older rural residents in these four countries scored 2.6 (out of 5) on an index of social exclusion, whereas the score was just 1.8 in the most affluent country group (comprising Austria, Finland, Ireland, Luxembourg, Sweden and the United Kingdom).

The internet has become a near-essential means of staying connected to the world around, yet more than 70% of older people in rural areas never use the internet for leisure purposes (see Figure 1). By contrast, rural young people are heavy users, three-quarters of whom use it every day, although this is not as high as that of their urban counterparts.

Figure 1: Proportion who use the internet for purposes other than work, by frequency and age group, according to rural and urban area, EU, 2016

In all three age groups, fewer people in rural areas use the internet daily than in urban areas. These findings suggest problems with access to the internet in rural communities. They are consistent with data from Eurostat showing individual daily use of the internet is much lower in rural areas than in towns, suburbs and cities in the overwhelming majority of the Member States. Having recognised these problems, the EU is supporting Member States to set up Broadband Competence Offices at national and regional levels, which have the aim of bridging the digital gap between rural and urban areas. These efforts, together with further plans for the Digital Europe programme, on which an agreement has been reached recently at EU level, are important steps towards remedying inequality in digital access.

For quality of life in rural areas, ease of access to healthcare is especially important, but the distance to healthcare services can be substantial in places where population density is low. As Figure 2 illustrates, distance from a doctor is an obstacle for older people mostly, in both rural and urban areas. While this is not unexpected, the data highlight that access to a doctor has deteriorated for older people in rural areas over the past decade. Many local healthcare services closed as a direct consequence of the economic crisis, and rural areas were often affected by the reorganisation of healthcare services, causing small providers to be either shut down or merged with facilities in more distant places. A study by Eurofound found, for instance, that in Romania, 67 public hospitals in rural areas (about 15% of the country’s public hospitals) were closed in April 2011.[1]

The healthcare cutbacks of the crisis years appear to have affected older rural dwellers more than others. In 2007, the proportion reporting distance as an obstacle to visiting a doctor stood at 35%, which increased to 43% by 2011. The improvement in 2016 was marginal, a decline of just 1 percentage point, to 42%. In contrast, the situation had improved in 2016 for the 50–64 years age group.

Figure 2: Proportion of people reporting that distance made access to a doctor difficult, by rural and urban area and age group, EU, 2007, 2011 and 2016

In principle, a good public transport service could ease the difficulties people have accessing essential services, such as healthcare, caused by distance. However, rural residents across all age categories rate the quality of public transport lower than their counterparts living in urban areas. In the oldest age group, the gap is greatest between the residents of the open countryside and city dwellers. The coverage and efficiency of public transport vary enormously across Member States. But climate change is making public transport a priority that should be substantially developed. Due to the variety of public transport systems in the Member States, this could be more challenging in some countries than in others. The ways and means of reducing countries’ carbon footprint is the subject of intense debates, but when designing policies on this, the societal impacts should be carefully considered to avoid further increasing the rural–urban divide and the inequalities in the quality of life between urban and rural residents. Rural residents are highly dependent on private transport, so taxation of fossils fuels or private cars would have an unfair impact on rural regions and increase inequality between them and urban communities.

Eurofound’s research found a north–south, east–west EU divide in the quality of life of rural dwellers in relation to financial hardship and life satisfaction. On these two dimensions, people in rural areas in less prosperous Member States – which include most of the eastern European Member States as well as Greece, Italy, Portugal and Spain – experience challenges of a much greater scale than their counterparts in northern and western Europe. In terms of financial situation and subjective well-being, therefore, it can be said that rural regions of these Member States are falling behind.

COVID-19 and older people: Impact on their lives, support and care