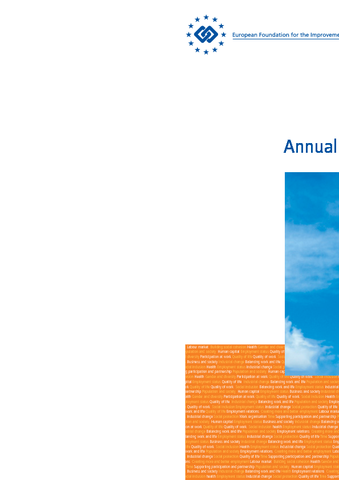 The annual report provides an overview of the Foundation's activities for 2004. This was a crucial year for the Foundation as the end of the four-year programme 2001-2004 called for significant efforts in wrapping up much of the positive work carried out during these four years. At the same time, there was much preparation required for the next four-year cycle. The final touches to the new four-year work programme 2005-2008 were made at the start of the year and 'Changing Europe: Better work, better life' was approved by the Administrative Board in July 2004.

608.60 Kb)
Useful? Interesting? Tell us what you think. Hide comments