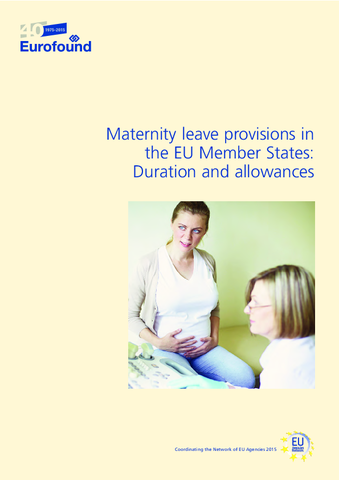 The Maternity Leave Directive (92/85/EEC) is concerned with improvements in the safety and health at work of women who are pregnant, have recently given birth or who are breastfeeding. This report finds that nearly all Member States comply with the directive’s provision of granting at least two weeks’ mandatory maternity leave before and/or after childbirth; a majority exceed this requirement. And in the majority of Member States, replacement rates stand at 100% of the former salary – at least for a certain period of time. Asked by the Committee on Women’s Rights and Gender Equality of the European Parliament (FEMM) to conduct a study on national regulations regarding maternity leave against the background of the possible revision of the directive, Eurofound drew upon recent information provided by its Network of European correspondents to produce the report.