Youth Employment Initiative: Is it delivering? 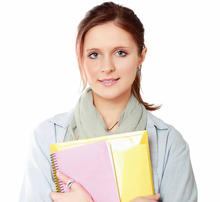 Defining effective measures to address youth unemployment remains a key policy priority for the EU, but the process is complex and time-consuming.

All Member States are making efforts to implement the Youth Guarantee and have submitted national Youth Guarantee Implementation Plans to the European Commission for evaluation.

In total, 20 Member States are eligible for YEI funding, which are those with youth unemployment rates above 25% in 2012. The countries not eligible are Austria, Denmark, Estonia, Finland, Germany, Luxembourg, Malta and the Netherlands. However, availability of funding under the YEI is slower than expected.

In particular, the YEI aims to support young people aged up to 25 who are not in employment, education or training (NEETs) via measures such as first job placements, apprenticeships, traineeships or start-up support for young entrepreneurs. Eurofound research estimates the cost of the 7.5 million NEETs in the EU to be around €153 billion.

A budget of €6 billion has been allocated for the YEI for the period 2014–2020. Half of the YEI funding comes from a new budget line dedicated to youth employment and has been frontloaded to 2014–2015. The other half will come from Member States’ European Social Fund (ESF) allocations. The idea is that activities receiving YEI funding should be strongly oriented towards achieving concrete results quickly.

So far, the Commission has adopted YEI operational programmes for only two Member States – France (3 June) and Italy (11 July). Although the Youth Guarantee targets young people up to the age of 25, Italy will extend this to people aged up to 29.

On 11 July, experts from the European Commission and eligible Member States convened at a special seminar in Brussels to seek ways of speeding up the programming arrangements and practical implementation of the YEI (see press release).

Commissioner for Employment, Social Affairs and Inclusion László Andor said that YEI funding ‘has a crucial role to play since it shall directly support young people by providing a first job experience, a traineeship, an apprenticeship or training courses’. The aim of the seminar was to work together on the programming of those schemes due to receive YEI funding so that Member States could receive the allocated funds as soon as possible and get initiatives up and running.

Bulgaria, Croatia, Ireland, Poland and Sweden are also in the process of implementing projects to be funded by the YEI.