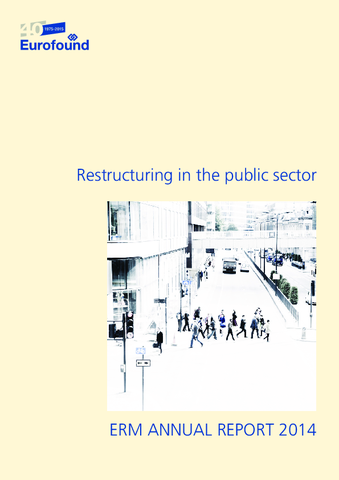 The European Restructuring Monitor’s annual report for 2014 explores the rapid transformation of the public sector in Europe since the onset of the financial crisis in 2008. Initially, employment expansion in the sector helped to stabilise Europe’s economy while the private sector suffered severe job losses. However, subsequent austerity measures (or fiscal consolidation) have brought in their wake widespread restructuring in the public sector. Hiring freezes have meant the public sector workforce has shrunk and become significantly older, with more female workers. Lack of job security means working in the public sector is no longer quite as attractive. More restructuring will undoubtedly occur, and it is vital that those involved in its planning develop a more forward-looking, anticipatory strategy, to soften the blow for those workers who leave and to enhance conditions for those who stay.