Pay inequalities come back into focus in post-crisis Europe 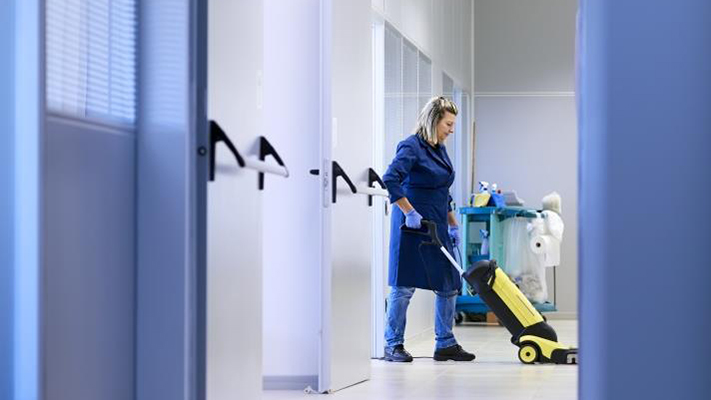 The ability to make ends meet is a vital issue for many Europeans and an important priority for European policymakers. In the immediate aftermath of the 2008 economic crisis the initial focus was to mitigate and reverse job loss, particularly in the countries most affected. With employment back to pre-crisis levels and unemployment on the decline, attention is turning to income inequality, and in particular pay inequality; an issue with ramifications beyond the labour market, and one which may well prove as intractable as the issue of unemployment in the previous decade.

Eurofound’s recent report on In-work poverty in the EU has highlighted how in-work poverty and material deprivation has increased since the crisis, but as well as the absolute level of pay and the standard of living which correspond to a certain amount of earnings, the relative dimension is also very important. Perceived fairness, one’s own pay relative to what others earn in similar jobs is a crucial factor for motivation at work, as well as cohesion at the workplace and in society. This is one of the issues looked at in Developments in working life in Europe: EurWORK annual review 2016 which is based on the inputs of Eurofound’s network of correspondents, and summarises public debates and policy actions addressing different forms of pay inequalities across the EU and in Norway – mainly between 2014 and 2016.

The gender pay gap is certainly the form of pay inequality to have received most attention in public debate and policy responses in recent years. An abundance of studies are available that try to ‘explain’ the determinants of the gender pay gap. The horizontal segregation of women into lower paying occupations and sectors, vertical segregation into lower paid positions within organisations, and gaps arising from child or other care responsibilities have been most widely identified as contributing to the part of the gap that can be explained. Other parts of the pay gap remain unexplained. Pay transparency instruments, as recommended by the European Commission in 2014, have been increasingly introduced in a number of Member States, most notably in Germany and the United Kingdom, where larger companies will be obliged to report pay statistics on an annual basis disaggregated between men and women. Yet, despite a history of public awareness and continuing policy actions, the gender pay gap has remained stubbornly high at an unadjusted level of 16.3% in 2015.

Today’s Equal Pay day, however, is also a reminder that pay gaps exist among many other groups of workers.

Can lower wages for certain workers ever be justified?

Understanding the genesis of such gaps is necessary, but apparently not sufficient if the aim is to address pay inequalities.

If we look at the gaps between fixed term and permanent workers the difference is stark, with a 29% gap in monthly pay in 2014 on an ‘unadjusted’ basis. As in the case of the gender pay gap, adjusting for individual or job-specific factors can ‘explain’ some of the gap, yet even when some components can be explained, the higher likelihood of young workers or non-nationals obtaining temporary contracts, or the overrepresentation of temporary contracts in lower paid positions – the outcomes still deserve attention from an equality perspective.

Another issue that is being increasingly looked at from an equality perspective is that of youth wages and employment. Policymakers encouraged the establishment of lower rates of pay for young workers (and/or new entrants) to support their insertion in the labour market. However, it seems that the pendulum has now swung in the opposite direction, and there are a number of countries in which the focus is now less in favour of youth minimum wages, but rather on the pay inequalities that have arisen from the application of such instruments or as a consequence of less favourable labour market conditions for young workers. This is particularly the case in Spain, Portugal and Greece.

Despite this greater awareness of wage inequality for younger workers, in some countries, notably Denmark, Norway, Sweden, and Germany, the possibility of introducing lower wages for refugees or migrants as a means to promote their faster labour market integration has recently been considered. The reason that such policies have not been implemented to date seems to be based as much on concerns around unfair wage competition for domestic workforce as on preoccupations over wage inequality.

The pay of posted workers is also receiving increased attention from both an equality perspective as well as from the perspective of ‘unfair competition’, with concerns that the pay of posted workers is often lower than that of locally engaged employees. The recent support of the Council of the European Union for the European Commission's proposal that posted workers receive fair pay and fair conditions has been an important development in this regard. Pay equality for other minority groups (ie. based on race or sexual orientation), on the other hand, is not at the forefront of public debate and policy attention around Europe.

Firstly, employment status is an important factor in determining pay gaps. Workers in non-standard employment contracts (be they fixed-term, posted, casual, in mini-jobs or otherwise) are often worse off than their co-workers with similar qualification profiles and in similar jobs.

Secondly, there is inequality in access to the standard employment status: disadvantaged groups of workers might be more likely to have less favourable forms of employment contracts. Policies that ensure that conditions of employment, including pay, are the same for people with different employment status may also help to address pay gaps for workers in the medium to long-term. One such wage policy is to ensure a high collective bargaining coverage and more centralised forms of wage setting. The more people are covered by the same wage standards and scales, the less likely pay gaps occur. The ongoing trend of more decentralised wage setting is working against other policy efforts to reduce pay gaps.

The persistence of pay inequality

Pay inequalities between different groups of workers doing similar jobs continue to exist, and although ongoing debate shows that the issue does receive some research and policy attention, actions to date have not gone far enough in addressing the issue. It comes as no surprise that this renewed focus on pay inequalities comes at a time of economic recovery, but in order to comprehensively address the issue it is important that it receives attention regardless of the macro economic situation. Perceived unfairness of pay can hamper individual performance and ultimately work against broader social cohesion. In that respect pay equality concerns everyone, not just a few.