Working time clashes with work–life balance for many workers 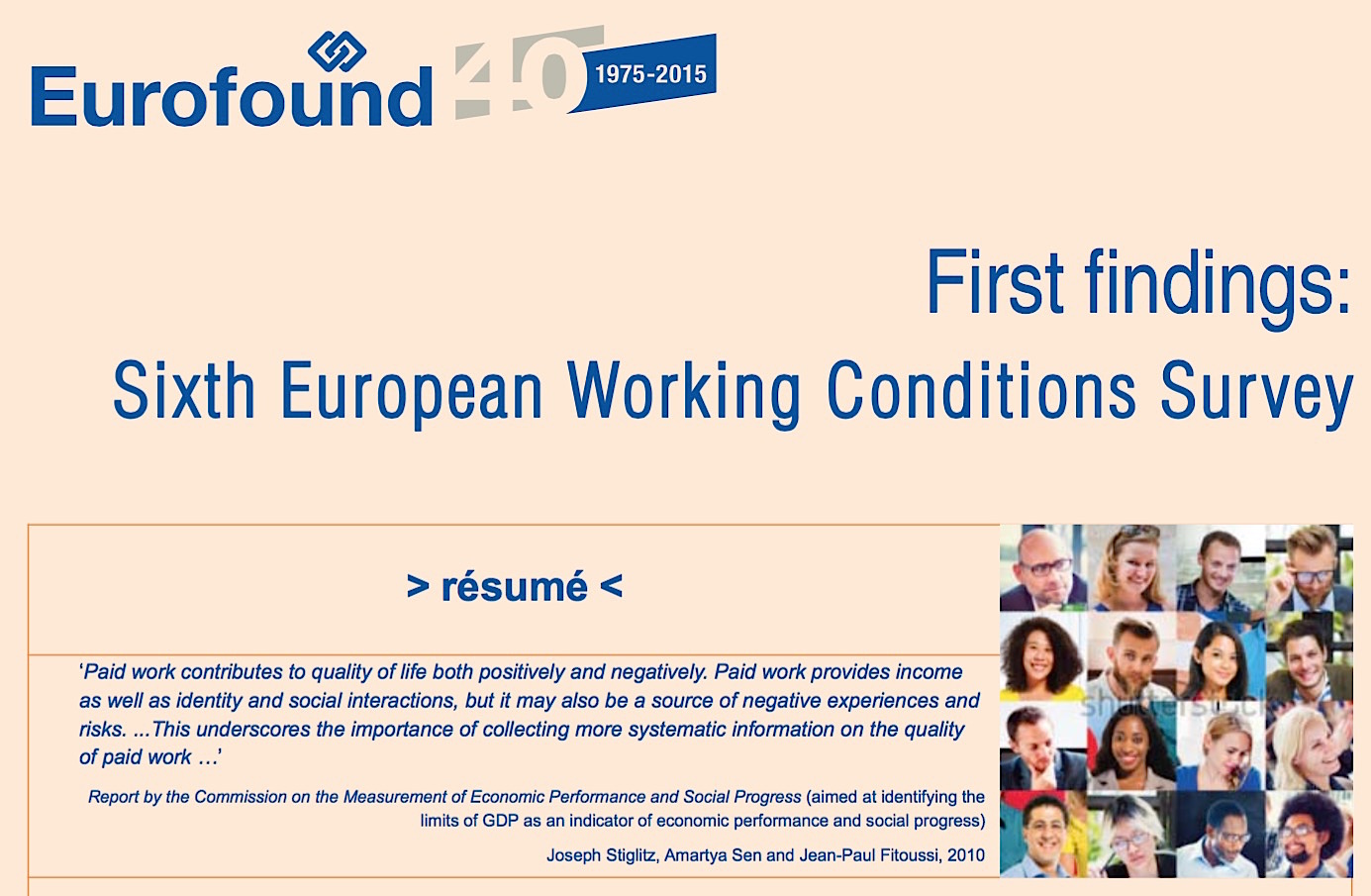 The latest research from Eurofound on working conditions in Europe highlights that the 9-to-5 day is not the norm for many workers, and work commonly spills over into home life. Such patterns make it difficult to balance work and life outside work.

Despite increasing sophistication of work organisation and the development of ICT tools with the aim of making the workplace more efficient, long working time continues to be a fact of life for many workers, according to the last findings on working conditions in Europe from Eurofound.

Although the length of working time has been falling for decades, many workers still put in more than the standard 40-hour week: 1 in 4 male employees and 1 in 10 female employees, in fact.

These figures, however, pale in comparison with the figures for people who run their own business. Among the self-employed who employ others, 62% of men and 41% of women work 48 hours or more a week. The figures are only slightly less striking for self-employed who work on their own, with 38% of men and 27% of women working 48 hours or more. These are sobering statistics for anyone thinking of starting their own business.

Working outside the 9 to 5 weekday is a feature of working life for a significant segment of the workforce in Europe. One-third of all workers (32%) work days of 10 hours or more at least once a month. More than half of workers (52%) work at least one Saturday per month, while almost one-third (30%) work a least one Sunday. Around a fifth do shift work (21%) and night work (19%). Work is regularly seeping into private life as workers work on their own time to keep up. Nearly half (45%) say that they have worked in their free time in the past year in order to meet work demands, with 3% doing this on a daily basis, 7% several times a week and 13% several times a month.

Work encroaches on private life in other ways, too: 14% spend a substantial amount of their spare time worrying about work, while 21% feel too tired to do some of the household jobs that need to be done. One in ten reports that their job frequently prevents them from devoting time to their family.

The reverse – private life encroaching on work – is much less prevalent, with just 3% of workers reporting that family and care responsibilities have a negative impact on their job.

Having regular and predictable working hours is important for reconciling work with the commitments of life outside work, but one-third of workers (30%) have to deal with low regularity. Working time arrangements change regularly for 31% of employees, often at short notice: 5% are informed about the change on the same day and 8% the day before.

These findings suggest that the balance between work and private life is weighing heavily on the work side for considerable numbers of workers. They also raise health and safety concerns as long hours, night work and shift work are associated with increased risk of accidents at work and poorer health in the long term. Doubt has also been raised whether long working hours are beneficial to the economy in terms of increased productivity.

The latest findings on working time and other working conditions can be found in the résumé of the sixth European Working Conditions Survey and Eurofound's interactive survey mapping tool.