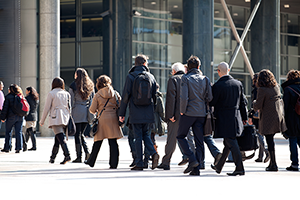 Since its launch in 1990 the European Working Conditions Survey has provided an overview of working conditions in Europe in order to:

The scope of the survey questionnaire has widened substantially since the first edition, aiming to provide a comprehensive picture of the everyday reality of men and women at work. Gender mainstreaming has been an important concern for recent reviews of the questionnaire.

In each wave a random sample of workers (employees and self-employed) has been interviewed face to face. Following the European enlargements and interest from the EFTA countries the geographical coverage of the survey has expanded: