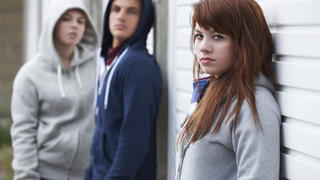 NEET is an acronym for ‘not in employment, education or training’, used to refer to the situation of many young persons, aged between 15 and 29, in Europe.Read more

NEET is an acronym for ‘not in employment, education or training’, used to refer to the situation of many young persons, aged between 15 and 29, in Europe. The aim of the NEET concept is to broaden understanding of the vulnerable status of young people and to better monitor their problematic access to the labour market.

Employment is at its highest level ever in the EU, and the employment recovery is now well-established in Europe. But...
News3 July 2018

Europe has weathered a number of storms in recent years, yet despite the Great Recession, the migration crisis and the...
Blog3 May 2018

Lowering youth unemployment, and aiming to effectively engage as many of Europe’s young people as possible in the world of work, is at the heart of the EU policy agenda. The 2008–2013 economic crisis led to high levels of youth unemployment and thus disengagement among young people.Read more

Lowering youth unemployment, and aiming to effectively engage as many of Europe’s young people as possible in the world of work, is at the heart of the EU policy agenda. The 2008–2013 economic crisis led to high levels of youth unemployment and thus disengagement among young people. In light of this, researchers and government officials have sought new ways of monitoring and analysing the prevalence of labour market vulnerability and disengagement among young people.

The NEET concept has been widely used as an indicator to inform youth-oriented policies on employability, education, training and also social inclusion in the EU Member States since 2010.

NEETs were specifically referred to for the first time in European policy discussions in the Europe 2020 flagship initiative ‘Youth on the move’. The age category covered by the term was 15–24 and was later broadened to include those aged 15–29. The concept is now centrally embedded in the policy discourse at EU level. Currently, 12.6% of the population aged 15–29 are NEETs, which is the lowest point for a decade.

A new EU Youth Strategy was adopted in 2018 and sets out a framework for cooperation with Member States on their youth policies for the period 2019–2027. The strategy focuses on three core areas of action, centred around the words ‘engage, connect, empower’. Meanwhile, COVID-19 is having a grave impact on apprenticeships and training. To aid the economic recovery from the pandemic, on 1 July 2020 the new Commission launched a Youth Employment Support package to provide a ‘bridge to jobs’ for the next generation. The Commission put forward a proposal for a Council Recommendation on ‘A Bridge to Jobs – Reinforcing the Youth Guarantee’, to replace the 2013 Recommendation. It extends the age range covered by the Youth Guarantee from age 24 to 29.

With Youth Guarantee implementation, the number of NEETs aged 15–29 has decreased, from around 14 million at the height of the 2008–2013 crisis to 9.3 million in 2019 (12.6%). However, Eurofound research still estimates the significant loss to European economies to be around €142 billion a year (2015) – in benefits and forgone earnings and taxes. This has a significant impact on the economic and social development of the EU. With the situation of young people now exacerbated by the COVID-19 pandemic, Eurofound will look at the impact of the crisis on these figures.

As part of this research, Eurofound has sought to unravel the heterogeneity of the NEET population. Its 2016 study on the diversity of NEETs provides a new categorisation into seven subgroups in order to better understand the composition of this group of young people. The aim is to better assist policymakers in understanding who the NEETs are and to assist the design of adequate support measures to meet a wide variety of needs. Each of these groups is made up of a mix of vulnerable and non-vulnerable young people who are not accumulating human capital through formal channels, whether voluntarily or involuntarily. Eurofound carried out a survey on Living, working and COVID-19 in two waves during April and June 2020 to establish the initial impact of the pandemic on the lives of EU citizens. Young Europeans are feeling the strong impact of pandemic restrictions as they cope with the lowest levels of mental well-being and high levels of loneliness . Young men also appear most affected by job loss in the current crisis.

In May, Eurofound moderated a live session during the European Parliament’s online European Youth Event 2020 to discuss some of the initial results of the survey, focusing on how young people are coping during COVID-19. NEETs emerged as one of the most vulnerable groups following the 2008–2013 Great Recession. The major concern now is how these young people will again be affected by the economic fallout from COVID-19. Eurofound will examine the impact on young people as part of its ongoing study on NEETs.

New research will assess the situation of young people in the EU, in particular NEETs, a decade after the onset of the Great Recession. Building on Eurofound’s previous research on youth, the new research will investigate how the NEETs population has changed in terms of its size and composition. It will also include a new estimation of the cost of NEETS to society in light of these changes. A review of evaluations of selected measures for social inclusion of young people will be carried out, possibly with some focus on specific groups.

NEETs - Young people not in employment, education or training: Characteristics, costs and policy responses in Europe

Foundation Focus - Youth in Europe: best days of their lives?

Working together for youth employment - From education to the workplace: a global challenge