Exploring self-employment in the European Union 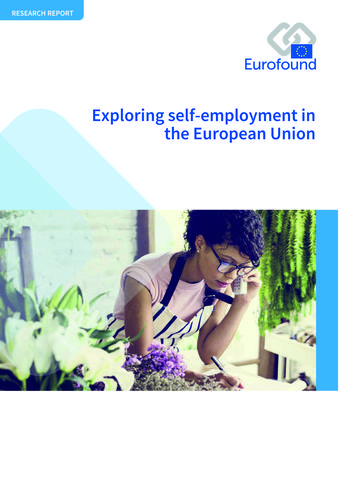 In the rapidly changing world of work, the traditional dichotomy of employee and self-employed is insufficient to capture the wide diversity of self-employed workers in Europe today. This report identifies five categories of self-employed, reflecting the wide-ranging attitudes, income levels, and health and well-being among this diverse group. Based on data from the sixth European Working Conditions Survey (EWCS) and the European Union Labour Force Survey (EU-LFS), the analysis reveals that the majority of self-employed workers enjoy high levels of job quality. However, there are concerns in relation to so-called ‘economically dependent workers’: while they are classed as self-employed, they lack both the autonomy that self-employment usually offers and the social protection granted by regular employment. Some policy approaches of Member States to this ‘in-between’ employment status are described in detail, which are of relevance for the discussions around the European Pillar of Social Rights.