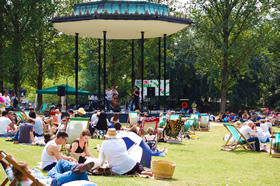 The European Quality of Life Survey (EQLS) is a monitoring tool to capture quality of life in multiple dimensions. Since its launch in 2003, the EQLS has developed into a valuable set of indicators which complements traditional indicators of economic growth and living standards such as GDP or income. The EQLS indicators are as clear and appealing as GDP, however they are more inclusive of environmental and social aspects of progress and therefore are easily integrated into the decision-making process and taken up by public debate at EU and national levels in the European Union.

The EQLS examines both the objective circumstances of European citizens' lives and how they feel about those circumstances and their lives in general.

The main objectives of the survey are to:

How is the survey carried out?

The EQLS is a representative, questionnaire-based interview survey that covers the adult population (18+ years).

Focus of the survey

The EQLS covers life domains that correspond to a wide range of policy areas and programmes carried out by European institutions. Many of those policies address a range of issues affecting quality of life, quality of society and quality of public services. These include employment, income, education, housing, family, health and work–life balance. The survey also looks at subjective topics, such as people’s levels of happiness, how satisfied they are with their lives and how they perceive the quality of their societies and public services. This multi-dimensional approach to quality of life has remained robust through the survey editions, even if topics and indicators have expanded over time to reflect emerging policy themes. By running the survey regularly, it has also become possible to track key trends in the quality of people's lives over time.

In view of the prospective European enlargements and interest from the European Free Trade Association (EFTA) countries, the geographical coverage of the EQLS has expanded over time: