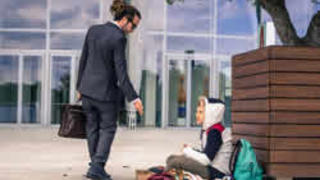 The European Pillar of Social Rights is designed to act as a compass for a renewed process of upward convergence among...
Publication10 joulukuu 2019

Second-generation migrants with an EU background are more likely to be employed and in high-performing positions, such...
News27 marraskuu 2019

Upward convergence is a process whereby the performance of EU Member States in a given domain or range of domains is...
Publication25 syyskuu 2019

Police force lead the way in share of women executives

Compulsory quota for women board members