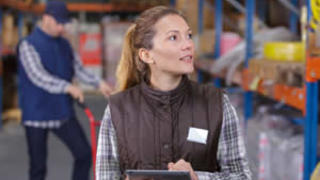 Gender inequality at work persists across Europe, despite the long standing attention paid and efforts made to tackle...
Publication02 March 2020

On the downside, it was also a year when the gender pay gap in the EU remained intractably high, and efforts to reduce...
Blog02 March 2020

Gender equality is a critical component of economic growth and social rights in the EU. In this light, the EU has been making progress in the gender equality field over the last decades.Read more

Gender equality is a critical component of economic growth and social rights in the EU. In this light, the EU has been making progress in the gender equality field over the last decades. Despite progress, however, two decades into the 21st century, gender inequalities in labour markets, employment, quality of life and at work persist. As part of the new European Commission’s 2020 programme, gender equality remains an important policy priority, with the goal being to roll out a new European Gender Equality Strategy and improve on the 2019 Gender Equality Index score of 67.4 for the EU.

On 5 March 2020, the Commission launched a new Gender Equality Strategy 2020–2025, which will be followed by binding pay transparency measures. The Strategy’s main topics are: violence against women; pay transparency and the gender pay gap; gender balance on company boards; and work–life balance. It is also guided by the vision of ‘a Europe where women and men are free to pursue their chosen path in life, where they have equal opportunities to thrive, and where they can equally participate in and lead our European society’.​​​​​​

Eurofound research explores the characteristics and consequences of gender gaps in labour market participation, as well as policies and measures aimed at fostering female labour market participation. Women’s employment and participation rates are still lower than those of men in almost all EU Member States. Eurofound has estimated the cost of this gender employment gap in the EU at more than €360 billion in 2018. Although this is on a downward trend, the economic loss is still significantly high. Research also looks at upward convergence in the gender employment gap, assessing which are the best and worst-performing Member States in this regard.

Meanwhile, Eurofound’s European Company Survey (ECS) reports on the issue of gender balance in relation to workplace policies and practices across Europe, including working time and take-up of leave.

Eurofound also cooperates with the European Institute for Gender Equality (EIGE) on gender-related topics and data from both the EWCS and EQLS feed into EIGE’s Gender Equality Index.

EU Presidency of Croatia conference on Gender Equality: Participation of women on the labour market – Benefit for society!