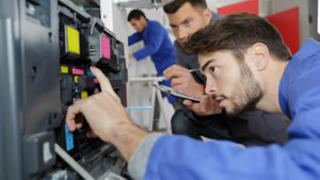 Fraudulent practices in the field of work have significant consequences for labour markets, economies and social cohesion. The misuse of employment relations to sidestep regulations is a concern for employers, trade unions and governments. It affects competition, labour market integration, social protection and working conditions.

Policymakers are seeking to address violations of basic protections resulting from the fraudulent use of employment or commercial contracts in cross border and domestic practices. Several important steps have recently taken place at EU level. The 2014 Enforcement Directive on the posting of workers aims to address issues related to fraud, circumvention of rules and exchange of information between Member States. Ongoing discussions on undeclared work are facilitated by the European platform against undeclared work.

Eurofound has carried out research on regular employment, undeclared work and more recently the fraudulent contracting of work in the EU and Norway.

Recent research aims to better understand the fraudulent forms of contracting work and the impacts on workers and working conditions, as well as on business competition and collective bargaining. It seeks to explore policy measures initiated by national authorities and social partners to identify, prevent and combat such practices. While the recent policy debate at European level has focused mostly on cross-border fraudulent practices, evidence of domestic fraud also challenges the implementation of national labour laws and the regulation of taxes.

It is possible to identify the fraudulent use of an employment/contractual relationship when two conditions are simultaneously met:

Publication: Exploring the fraudulent contracting of work in the European Union (November 2016)

Blog: Member States still getting to grips with the single labour market (July 2019), based on a working paper on joint cross-border labour inspections and evidence gathered in their course

The analysis then explored the impact of five of these fraudulent contracting practices on the rights of workers and businesses (omitting temporary agency work and on call/casual work):