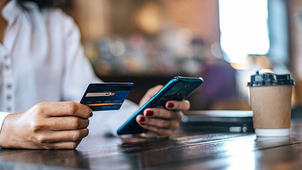 While high-street banks reacted to the COVID-19 pandemic by accelerating the push to digitalisation and cutting jobs, some digital-only banks are recruiting new staff to meet growing demand. An example is the ‘disruptor’ bank Revolut which has recently announced the creation of 1,000 jobs worldwide, including in several EU Member States.

Developments in Revolut contrasted markedly with those elsewhere in the banking sector, where the pandemic caused hundreds of bank branches to close. While many of these closures were temporary, others are permanent, in part because banks have undertaken cost-cutting in response to the economic repercussions of the crisis. But the accelerated digitalisation of services, implemented to adapt to physical-distancing measures, has also played a part, transforming the way customers interact with their banks.[1]

The resulting employment impact is evident in recent restructurings announced by Banco BPM, Deutsche Bank, Santander and BBVA, among others. In these four cases alone, job losses are likely to exceed 10,000 across Europe.

Financial services is likely to continue to be the sector most affected by job losses arising from digitalisation. Since the beginning of 2020, the European Restructuring Monitor (ERM) has recorded 32 cases of job loss announced by companies in the sector where digitalisation was cited as a contributing factor, compared to only 9 cases of job creation. These restructurings have generally been very large scale, involving the loss of more than 1,000 jobs. By contrast, in other sectors, such as professional services and information and communication, most digitalisation-related restructurings involve business expansion and net new jobs.

Number of large-scale announced restructuring cases where digitalisation was cited as factor, in selected sectors, EU and Norway, 2020–2021 The cases of job gain in financial services have tended to be in disruptor banks, many of which are digital-only, or ‘neobanks’, born without any high-street branch presence. Among these, Revolut is one of the fastest-growing.

Revolut’s recruitment of sales staff in the EU will benefit Poland most, but also France, Lithuania, Portugal and Spain. The company also announced a recruitment campaign in other divisions – mostly financial crime and customer care – in Poland (200 new positions), Portugal (70) and Lithuania (100).

The restructuring is part of the company’s plan to expand its business internationally but also to evolve and enlarge its portfolio of services.

Launched in 2015, Revolut originally targeted travellers, offering them a mobile phone app and a card to change money at market rates, so avoiding foreign exchange fees. It has since expanded the range of services offered, including cryptocurrency trading. The company is still not allowed to offer its customers loans, credit cards, overdrafts and deposit accounts in countries where it does not have a banking licence. It can, however, provide these services in the 12 EU countries where it is licensed to operate as a traditional bank – Bulgaria, Croatia, Cyprus, Estonia, Greece, Latvia, Lithuania, Malta, Poland, Romania, Slovakia and Slovenia. In Ireland and the UK, where it is legally defined as an electronic money institution, it has applied for banking licences.[2][3]

Companies such as Revolut that operate exclusively online – and increasingly through mobile apps – avoid the overhead of maintaining a costly network of physical branches. The success of these alternative banks derives from a shift in customer preferences towards digital banking, led by younger users particularly. The institutional setting also contributes to their growth: for instance, in the EU, neobanks have benefited from the introduction of EU regulatory reforms, such as the Payment Services Directive (PSD2).

Revolut claims that its ‘hybrid’ status enables it ‘to operate more like a technology company than a typical financial institution’, and to ‘move faster and invest in products and services differently than a traditional bank might’.[4] Yet, the company does not currently operate profitably and has suffered growing losses during the crisis as transaction volume declined. Nonetheless, market trust in the company is demonstrated by continuing successful funding rounds, which have seen its capitalisation multiply by a factor of six.[5]

Concerns have arisen regarding the capacity of digital banks to combat and prevent financial crimes, due to their limited resources and less-developed risk prevention and management structures compared to larger banks. In 2020, after a wave of scandals over money laundering through European banks,[6] Revolut came under public scrutiny for freezing accounts for security reasons, with customers complaining about difficulties in reaching the company’s customer care service.[7] In light of these episodes, it does not come as a surprise that some of Revolut’s recruitment campaign is focusing on positions in financial crime and customer care.

The significant job cuts announced in the past year and-half by long-established European banks signify the extent to which the combined impact of the COVID-19 pandemic and the digital transition have contributed to reshaping the financial sector. On the other hand, the growth in emerging digital-only banks has been driven by shifting customer preferences and the abundance of investment capital. It is doubtful, however, that recruitment to the emerging, disruptor banks – whose main advantage remains their high levels of digitalisation and highly automated processing – will fully offset the steady contraction of the workforce in the financial sector.