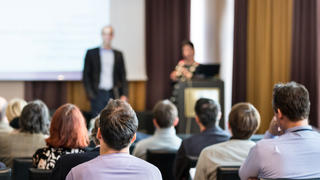 Trade unions, employer organisations and public authorities all play a role in the governance of the employment relationship. They are interlocking parts in a system that operates at European, national, sectoral, regional and company level. In recent years, as technology and forms of work evolve within a constantly changing economic environment, industrial relations systems have faced critical challenges.

In this context, the European Commission in 2015 launched a ‘new start’ for European social dialogue. In a joint statement in June 2016, the Commission, Council of the European Union and social partners underlined its fundamental role as a significant component of EU employment and social policymaking.

Over 40 years, Eurofound has developed as a key centre of expertise for monitoring and analysing trends in industrial relations. This includes linkages between European and national-level social dialogue. Drawing on the knowledge of its Network of Eurofound Correspondents in 28 EU Member States and Norway, it has captured developments in all Member States and in the EU as a whole.

Eurofound has produced a range of comparative analyses, articles and case studies across the EU28 and Norway in the area of industrial relations, as well as regularly updated databases on related topics.

A recent study maps and discusses key dimensions and indicators relevant to industrial relations systems in Europe in the 21st century. Another thread of research looks at how social partners in the EU and Norway have explored new topics, tools and innovative approaches to respond to the many new political, legal and social challenges that have arisen in recent years.

Pay and working time continue to be areas of high interest and are reviewed annually. One strand of the recent pay update focuses on statutory minimum wage levels across the EU while another focuses on collective wage bargaining.