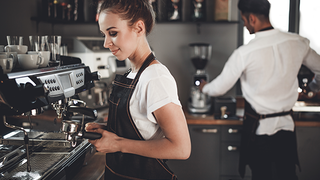 Watch the webinar - #AskTheExpert: Gender equality – It’s not all about pay

While the number of employees earning the minimum wage has increased across Europe over the last decade, spurred by...
Blog26 Octobre 2021

The EU institutions jointly proclaimed the European Pillar of Social Rights in November 2017, setting out the EU’s commitment to fair wages for workers. This includes ensuring adequate minimum wages for workers to allow them to have a decent standard of living, safeguarding the ability of the low-skilled and young workers to find employment, while also making work financially attractive.

Eurofound provides regular updates on pay in the EU, including minimum wages in the Member States.

In a study on pay in Europe in the 21st century, Eurofound explored the implications of a hypothetical scenario of a minimum wage coordinated at EU level and set at 60% of the median national wage.

Watch the webinar - #AskTheExpert: Gender equality – It’s not all about pay