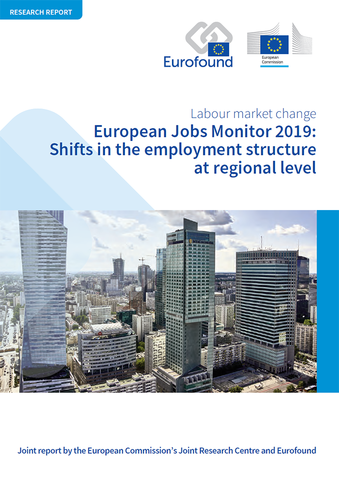 Accumulating evidence indicates that large metropolitan centres are faring much better than other regions within the Member States of the EU. Such interregional inequality contributes to disenchantment with existing political systems, which in turn can weaken the social bonds that ground democratic systems. This is the context for the 2019 edition of the European Jobs Monitor, which analyses shifts in the employment structure – meaning change in the distribution of employment across occupations and sectors – of the EU regions. The analysis covers 130 regions of 9 Member States, which together account for nearly 4 out of 5 EU workers. The study finds that, while Member States are becoming more similar in their employment structures, regions within the same country are becoming more disparate. It also finds that cities have a disproportionately high share of well-paid, high-skilled services employment alongside growth in low-paid employment. The findings support continued EU regional policy assistance of regions in danger of being left behind.